There were a few reasons why we chose to head to the UK as our first adventure in the van, and one of them was the weather. Since one of us has been living in the rather hot Bornean jungle for a few years, and since we chose to start living in a van from the beginning of winter, we figured the UK would offer a gentle introduction to the cold season. Residents of the UK often lament the lack of proper wintery weather, instead being stuck with constant grey skies, drizzle and decidedly mild temperatures – minus degrees are a rarity, and this all sounded good to those unaccustomed to the cold. 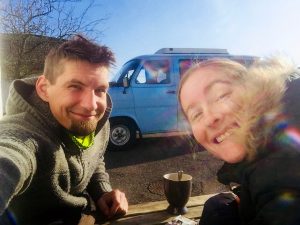 Apart from the minus degrees in Germany during our trip from Austria to England, the UK pretty much delivered what we expected. When people complained about how cold it was when temperatures reached 4-5°C, we giggled as our phones told us it was -15°C or colder back in Austria. Though, as one of our earlier blog posts acknowledged, our heater is still one of our favourite posessions and thermal undies to help cope with 4°C are awesome.

This week, however, served up some pretty wintery weather in the UK and had even the cold-experienced among us agreeing that it was bloody chilly out there. We awoke one morning to find that everything had seemingly been dipped in ice, with thick sheets covering every surface of anything that had been facing the wind. We are lucky enough to be living in a cottage at the moment, and have often been taking our breakfast (coffee and smokes) in our second living room in our van. We were frozen out though this week, with a blanket of ice covering the locks, handles and indeed the whole side of the van. We were a bit worried that the ice would have killed our battery, but our very own Beast from the East started up with no problems, the winter tyres ploughed on through the snow and the lead that we spit out of our exhaust melted snow behind us.

Since the weather had knocked out the electricity (and train lines, roads, flights, supermarket supplies… we were smart enough to get out for the essentials before the worst weather hit), we were a bit stuck for work for a while and with no heating it wasn’t much fun to sit around in the cottage. So, we did what all good British people would do and fired up the bar-be-que. It was the perfect way to welcome in the Spring! 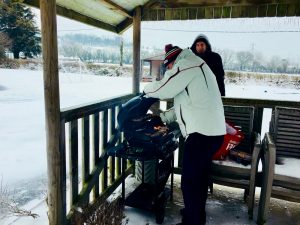 Other than snow adventures, work has continued on the playroom with more cut outs created and a storage bench added. We’re still really enjoying our time in Devon and will probably be here for a few more weeks. Check our Instragram feed for more regular updates, and you can always say hi in our Guestbook! 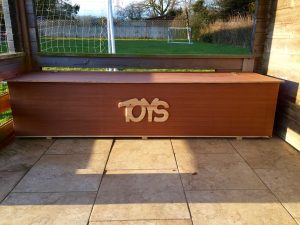 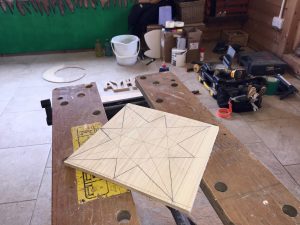 Whether you need a carpenter, painter, pet-sitter or gardener, we can help you out, and with much more besides! Click here for more information and references 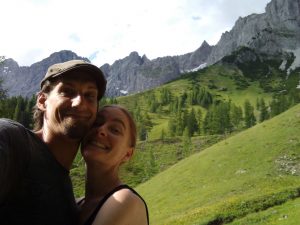 If you found this website you probably know us!
We are two hobos in our mid thirties living in a car that’s older than us